If you want to write animation—or if you just want to produce or direct it—it’s important to know the difference between live action and animation writing.
Animation stories are developed pretty much the same as live action: first you come up with a concept, sometimes called a premise, describing the basic beginning, middle and end of the story. The next stage is an outline, laying out each scene, including action and gags. The final step is the script, with full scene description and dialogue. The script form in animation is virtually identical to live action. It’s the differences that are important to understand.

Animation is generally a much more visual medium than live action. Most live-action scripts require no special description for what’s taking place on the screen. A car chase is a car chase. And it’s up to the director to interpret it. But that’s not always the case in animation. There are several reasons for this. One is that the storyboard is often sent overseas for animation to countries where English is not the primary language, so there is a lot of room for misinterpretation, especially in terms of cultural understanding of comedy and character nuance. Another reason is that the visuals are very often complex and “cartoony”, so they can’t be accurately described in a few words.

Let me give you an example. What do you see when I write this

The coyote chases a roadrunner over the cliff and falls into the canyon.

That’s how you might describe a scene in a live-action script. The director takes it from there. Now what do you see when I write this? 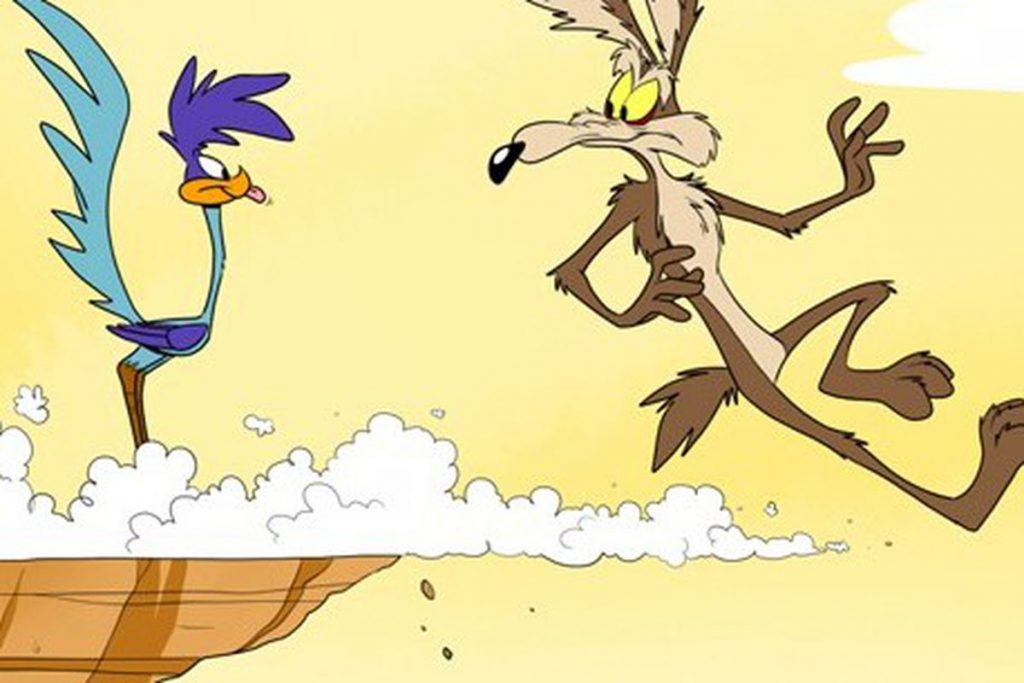 The coyote scrambles after the roadrunner, his legs a blur, running right off the end of a cliff. As the roadrunner sticks his tongue out and beeps at him, the coyote stops over thin air. He looks down at the canyon bottom a mile below, starting to sweat. Then he looks into the camera with a loud “gulp!” and drops like a rock, his neck stretching like a rubber band as his head tries to catch up. He diminishes into the distance with a bomb whistle, finally hitting the canyon bottom with a dull thud and distant puff of smoke.

Get the picture? It’s eight times as many words, but it gives you a complete visual image with little need for interpretation. By its very nature, animation requires more description to effectively communicate the visual. So, the key difference between an animated and live-action script is that an animation script usually contains more detailed scene description.

This increase in description creates another difference between live and animation writing. In live action the general rule is one page per minute. This also holds true in most animated feature writing. But one page of a TV animation script often translates to less than a minute of screen time. In live action the director interprets the written word, and thus expands on it. But in animation, the writing is generally more literally interpreted, and although better storyboard artists often add a bit or a gag here and there, most boarders just translate the written word to visual images.

What this means is that if an animation writer doesn’t describe it—and describe it precisely—the chances are it won’t appear on the screen, at least not the way he imagined it. This is because unlike in live action, in most TV animation there isn’t one director who follows each episode all the way from script to screen. Yes, there’s an animation director, but he or she is often responsible for all the episodes and deals more with visual continuity and less with story continuity. And as noted, there’s the storyboard artist; but a writer can never be certain that a board person will see visuals or interpret the action or comedic timing as envisioned. So, the TV animation writer must describe the action as precisely as necessary to get whatever is in his head onto the screen. This is especially necessary when scripts are sent overseas to be animated because if the description is imprecise the translation to other languages and cultures leaves a lot of room for misinterpretation.

So, to a great extent, the television animation writer functions as a director 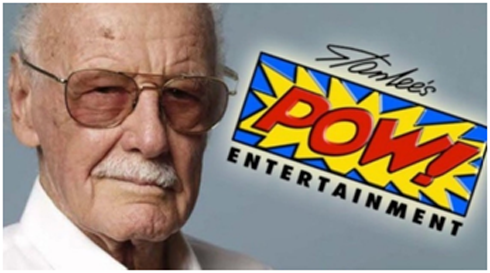 Case in point: I developed an animated action series for Stan Lee’s POW! Entertainment in association with Andy Heyward’s A Squared Entertainment. After I wrote a short presentation trailer for MIP, I received an email from Andy. Look at what he has to say about who is responsible for directing the trailer:

“I want us to see camera angles that show expression on the faces. I want to see direction that has all this amazing stuff that you will see in it. Of course, we need our story, which has a touch of humor as well, but mixed with amazing cinematic production. I am copying Jeff to see how he can plus the trailer script he has to bring the direction forth, the pathos, the emotion…all that stuff. And please don’t punt and say it’s the storyboardartist’s…it’s not…it’s the writer’s job to set the tone of what he sees in his vision.” [emphasis mine].
In live action it’s the director’s job to set the tone of his vision. But as Andy pointed out, this is not always so in TV animation. It may seem like a burden to the animation writer to have more responsibility and need to write more detailed description, but the plus side is that the TV animation writer eventually learns to thoroughly visualize, “humorize” and “emotionalize” a story, right down to its cutting and character direction—in the script! In doing so, he might even gain enough skill to make the leap from writing to directing. And he won’t be the first.

Jeffrey Scott has written over 800 animated and live-action TV and film scripts for Sony, Warner Bros., Disney, Universal, Paramount, Columbia, PBS, Sesame Workshop, Marvel, Hanna-Barbera and others. He is the co-creator of Jim Henson’s Muppet Babies for which he was honored with three Emmys and the Humanitas Prize. He is author of the acclaimed book, How To Write For Animation. To learn more about Jeffrey’s work, or to contact him regarding his film and TV development and writing services, visit his website at www.JeffreyScott.tv